Cara Hargraves is an antiques’ assessor for estate sales. When she discovers an old diary in a tin at the house of a potential client, it leads her on a personal journey as well as a treasure hunt for a story with a happy ending. 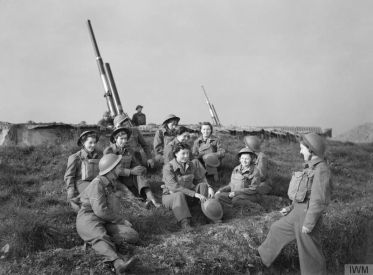 Past meets present when Cara discovers the story of Louise Keene who joins the women’s branch of the British Army during WW lI becoming a gunner. Louise is desperate for an opportunity to leave her small suffocating village life and discover the world. At a dance, she meets RAF pilot, First Lieutenant Paul Bolton. Louise falls for this charming well-bred man and they marry. But the war sends them in different directions not only physically but mentally. Louise has a larger plan for her life and Paul wants a stay at home wife.

When Paul is shot down in combat, Louise is devastated. But the recognition of who Paul really is almost destroys her.

As Cara unravels the story of Louise and Paul, she discovers how to move on in her personal life. Though not a typical fairytale, the story has some rough edges and highlights how war devastates everything it touches. A must read.