The Movie of the Week was a popular television anthology series, featuring made-for-TV movies that aired on the ABC network. Growing up I was a huge fan of the series, and can still remember many of the movies (some became TV shows) that were featured. Kung Fu, The Night Stalker, Cyborg (later The Six Million Dollar Man), The Birdmen, and of course Steven Spielberg’s Duel are a few titles presented during the run of the series. I bring this up because I think Jeff Abbott’s book Collision would have made an excellent Movie of the Week.

I had been in a little bit of a reading slump when my wife spotted this book on the library shelf. Without telling me, she checked it out and when she returned home dropped in it my lap. “I saw this, and it looked like something you might like to read,” she commented.  I had never read any of Abbott’s work before, and the dust jacket description did sound interesting.

Collision is a concise tale of action and thrills centering on two primary characters, Ben Forsberg, a corporate consultant, and a CIA agent known as “Pilgrim.” These polar opposites form an unusual partnership when they both end up as patsies in an elaborate setup by a shadowy advisory.

Like a good movie, the novel was well paced with mostly short chapters packed with action and information keeping the story moving forward. The characters of Forsberg and Pilgrim are fleshed out enough to give them life, and the evolution of their partnership develops without a lot of wasted words or man tears.

The TV series “Lost” completely ruined the backstory concept for me, but Abbott does an excellent job of making it relevant in Collision. There is also a small sub-story within Collision that is connected to the central plot. The primary character of this narrative and his actions do add a level of mystery to the story. Abbott does an excellent job of bringing this sub-plot full circle and tying it in with the novels main storyline.

Collision is a good book for a weekend read at the beach or on the lake. Now if you like this novel, then you’ll need to know that Jeff Abbott is the international-bestselling, award-winning author of ten mystery and suspense novels. 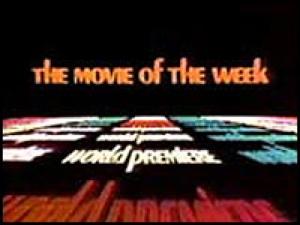 (Tonight: On the ABC Movie of the Week. Pursued by a brutal and vengeful killer, a corporate consultant and a former CIA agent must work together to discover who’s targeted them for elimination. James Franciscus, Doug McClure, and Malachi Throne star in – Collision. The Movie of the Week. )